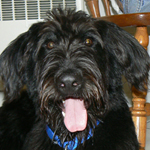 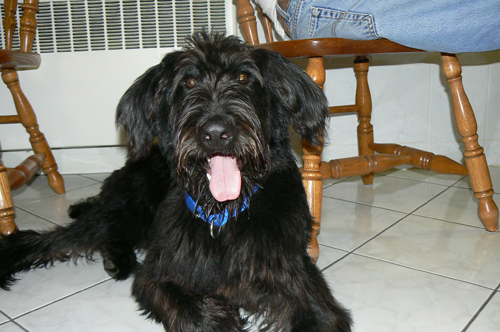 "We got our dog from an animal rescue group. He was bred accidentally. His tail was not docked. He was either born with a short tail or it was bitten off. His undercoat sheds a little but his top coat needs to be clipped. He has very large shepard feet, a shepard mouth and bark. His frame is all poodle. He is very protective of his people and our property. He is literally the king of all he surveys! We live on a lake and he has webbed paws and loves to swim. He weighs 70 pounds and is very strong. He is a remarkable dog and we are very happy to have him." - Colleen Fries 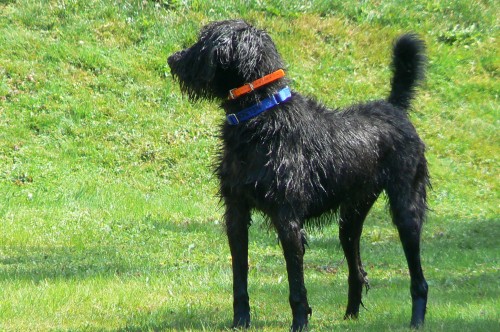