“Miaya is the best dog I’ve ever had. She is loyal, friendly and obedient. I adopted her from a breeder in Missouri under the assumption that she was a Shiba Inu. I should have paid more attention to the paperwork because after I got her home I realized that was not the case at all but I wouldn’t trade her for a thing.

My Imo Inu is white except on her ears, those are tan, but when she sheds her undercoat during the Summer she tends to show a lot of tan down her back as well. She has the face of an American Eskimo with the body structure and fur of a Shiba Inu. I get compliments on her all the time and people constantly ask me what kind of a dog she is. I often have a hard time explaining what a ‘hybrid dog’ is but they eventually just settle with a mixed breed. haha

Temperament wise she is just like a Shiba Inu, sometimes stubborn but always loving. She’s a runner, she just loves running around the pool but doesn’t like to get in it. Miaya is a great dog and I would recommend a Shiba Inu to anyone who loves fun, playful and loving little dogs.” – Chelsea 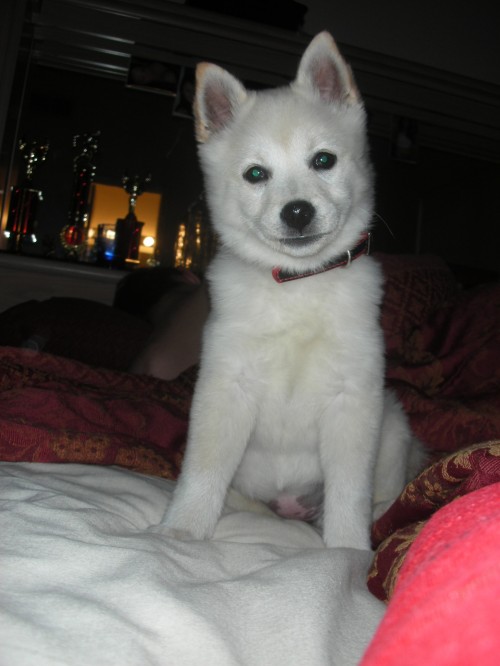 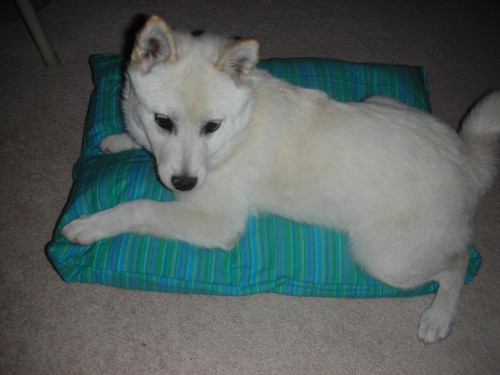 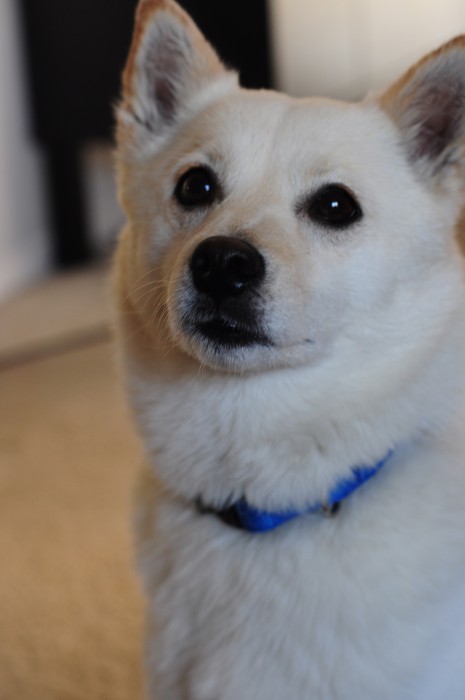 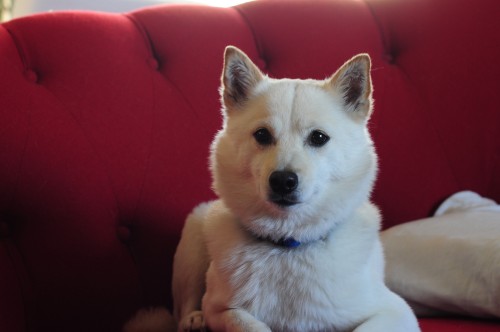 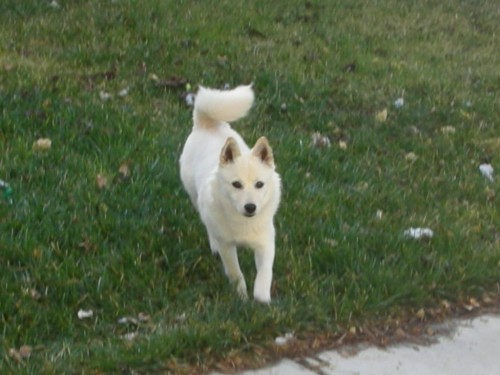 Imo Inu Running in the grass 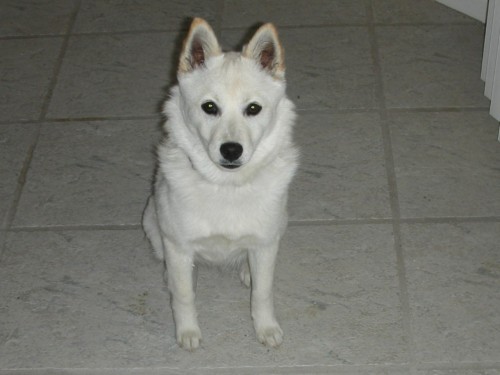 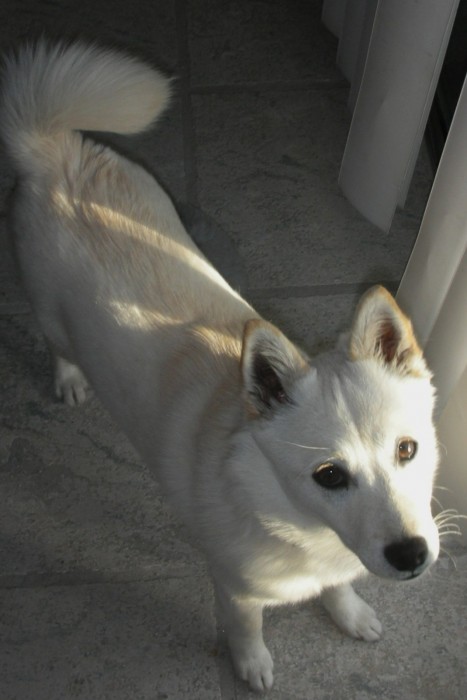