“This is my wonderful, loyal, ‘son,’ Caezer Hamilton. He is 2 ½ years-old and he’s a pure german rotterman. I imported him when he was 8 weeks, he’s an absolute part of the family and he watches over my two-year old daughter as if she were his own. “ 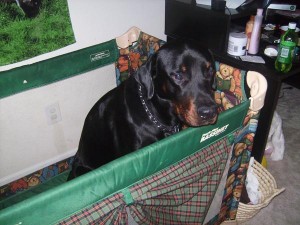 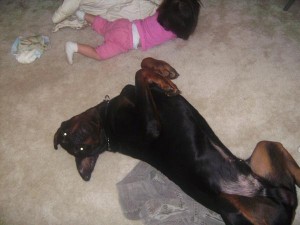 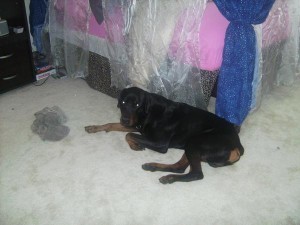