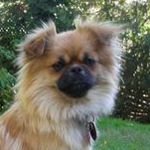 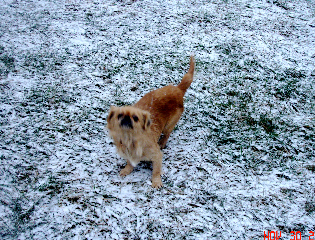 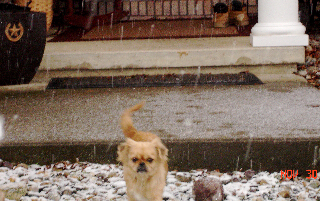 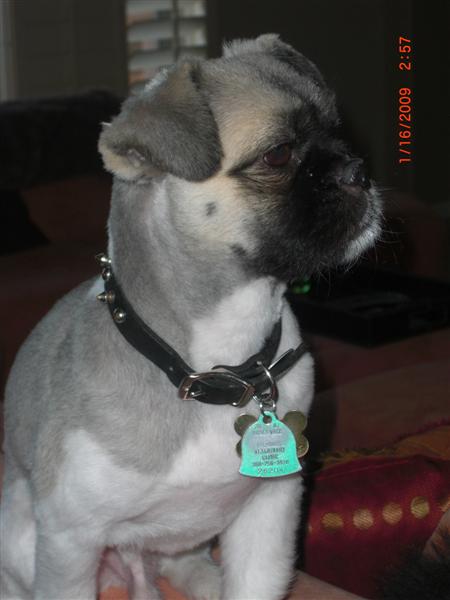 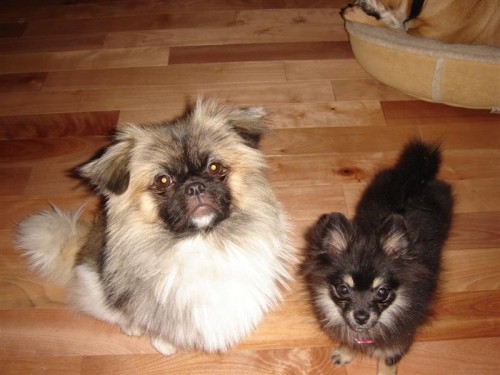 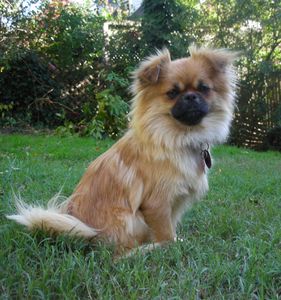 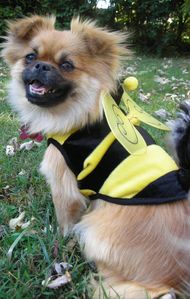 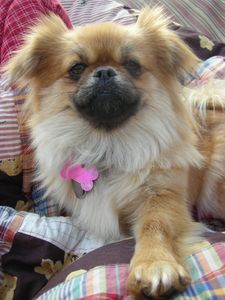 Our reader Dana writes, “The 1st picture is Alex a Pominese. He’s out of our first liter of Pominese puppies. Mother is a Peke, father Pom. The 2nd picture is Ellie (Pominese). We bought her from a breeder when she was 7 weeks old. She’s 1 1/2 years old now and in this picture she’s with her puppy Lizzy. Lizzy is a Pominese also, but her father is a purebred Pekingese so she came out looking almost completely Peke. The 3rd picture is Sasha (mother – Pekingese) with her 5 Pominese puppies. The pups are 10 weeks old in this picture. 4th picture is Silver one of Sasha’s puppies (Pominese) at 10 weeks old. The last picture is Stuart (Pominese) at 10 weeks old – Sasha’s pup.” 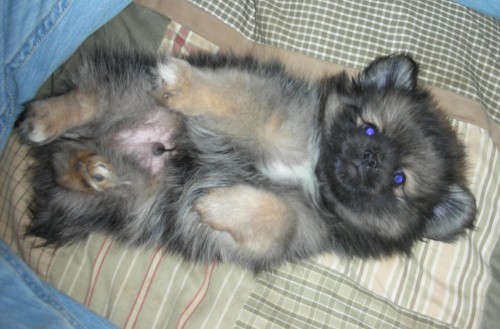 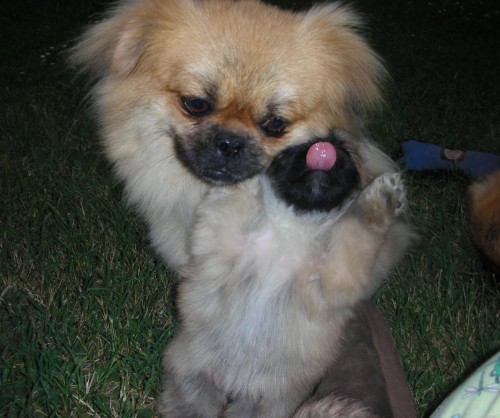 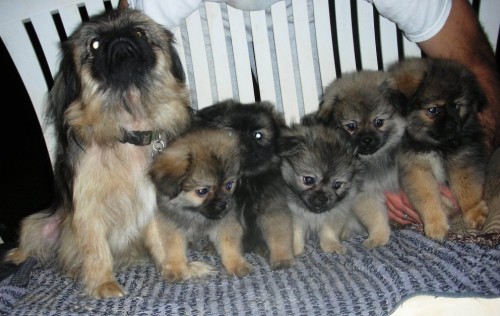 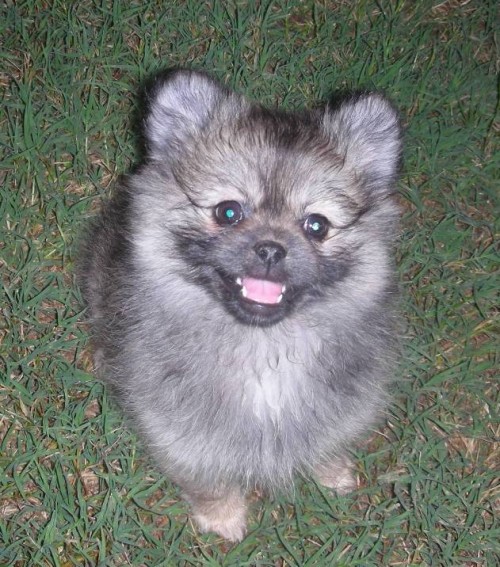 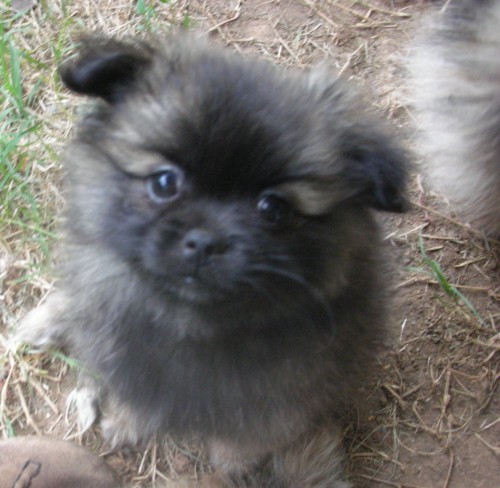 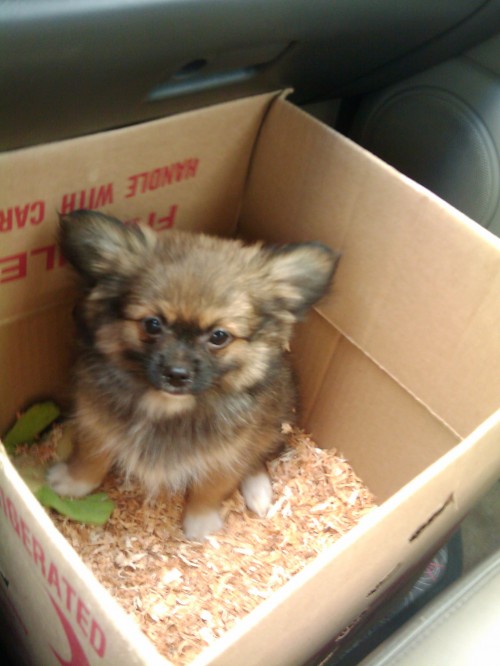 Peek-A-Pom 12 weeks old on his way to his new home! 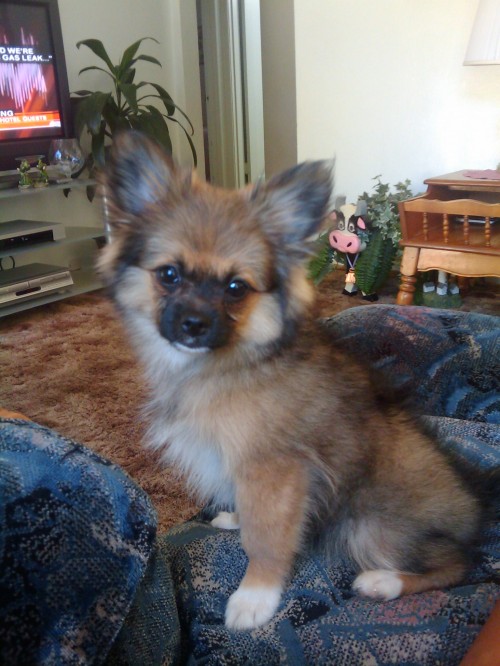 Jackson the Pominese at 12 weeks old 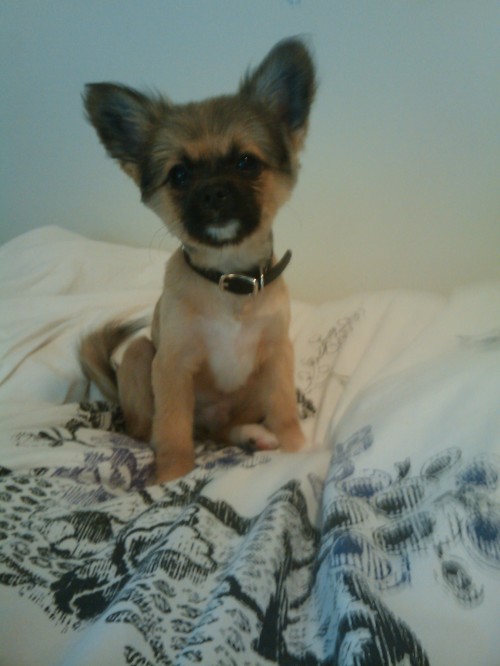 Jackson at 20 weeks with his summer haircut!! So adorable

“My name Is Odene, here is a picture of my “Pominese” – Mu-Shi, she is about 8 weeks old in this picture!

My aunt has one just like her we bought them from the same breeder and hers is more beautiful than ANY of the images I’ve seen on the internet!” 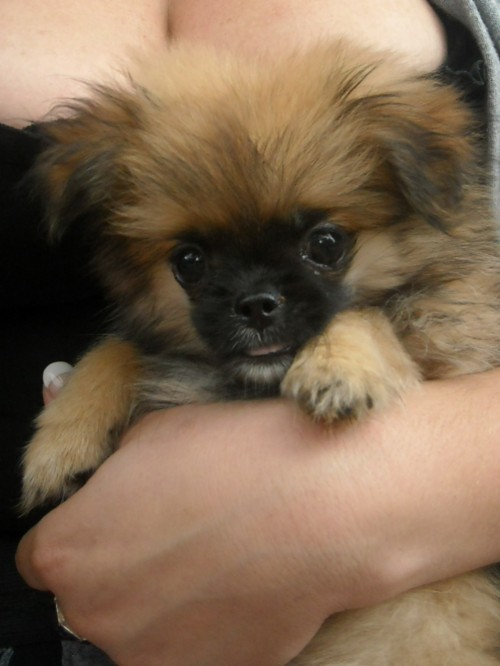 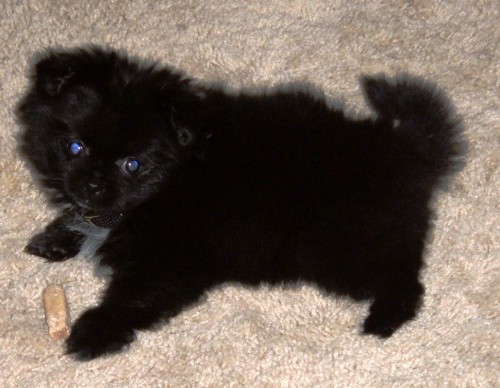 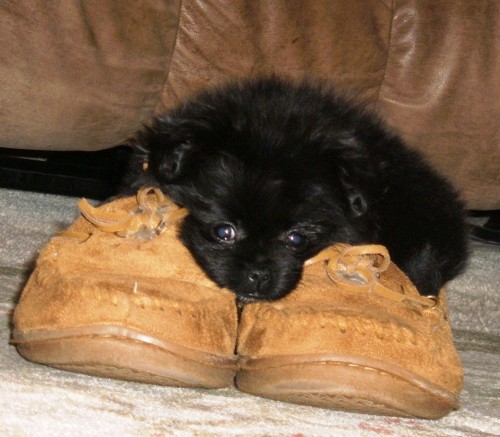 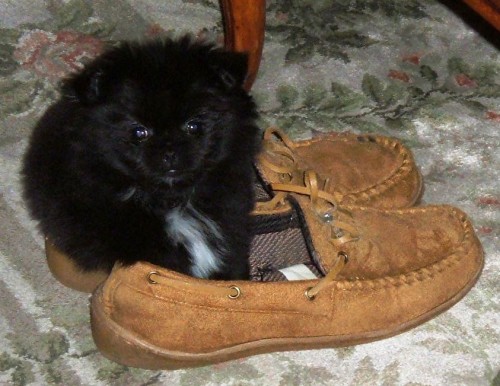