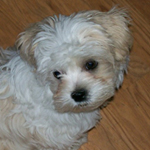 Ellie May is the Maltishi. She’s around a year old here. She has the Shitzu shape I think, but more of the Maltese face. At 1 1/2 years old now, she weighs 13 pounds. On this picture she weighs about 9 pounds. She is one sweet girl! I would recommend this mix to anyone. She’s a cuddler, loves to be with you. And pretty smart too. 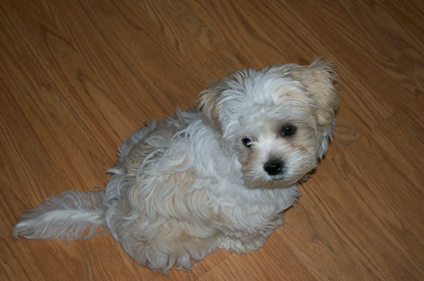