“Here are my two boys Scout and Baby. They are brothers from the same litter. They are just 5 years old now. They are sweet and lovey. They need to be regularly groomed. Baby gets the watery eyes but Scout doesn’t. Baby’s hair grows longer and is full of curl. Scout’s coat while still grows long is more coarse and straight. Baby would be content to be a lap dog. Scout would too, but the hunter in him takes over sometimes. He chases after EVERYTHING! lol They are great with children and other animals that I introduce to them. However, if I did not introduce the animal Scout would chase it thinking it was an intruder. They love to play with stuffed toys, although Scout rips them to pieces in SECONDS! They will play the tug of war with a pull toy. And of coarse LOVE bones and treats. Scout is well behaved in the car and LOVES rides. Baby could care less about the ride, he’s just afraid Scout will get something he doesn’t when he is gone. They also have been together since they were born so they are never apart. Scout is also the only one that really “Gets” how to walk on a leash. Baby will do it, but he lags behind or tries to take off. Scout just naturally goes with the flow. Also, they both have a tendency to run. They are allowed in the back fenced yard as we live very close to a main highway. They have a few times gotten out the front door, more when they were younger, and ran straight for the main road. I don’t know how they weren’t both killed? It isn’t like we can’t open the front door with out them bolting. But, we can’t leave it open when bringing in groceries etc either. They are very sweet and loyal and truly a woman’s best friend.

The only thing unexpected is how big they grew. We were told they would be 10-14 lbs at the most. And they are 22-25 lbs! Almost double the size we expected.” 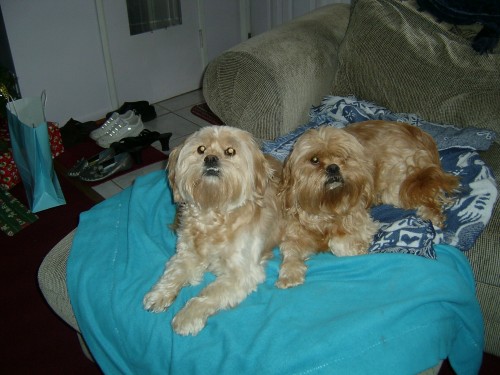 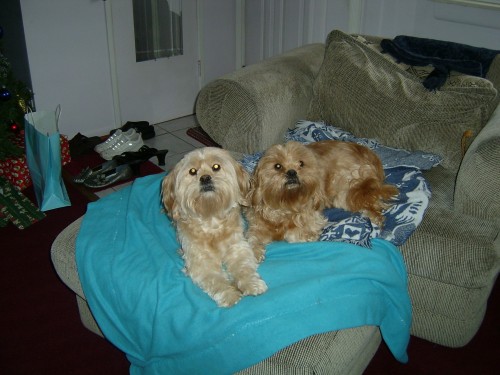